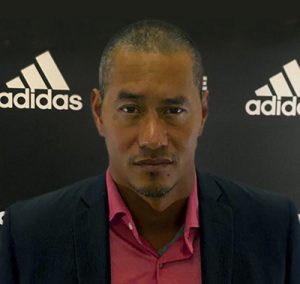 Palmer, who was most recently part of the golf staff at the prestigious IMG Academy in Bradenton, Florida, has spent time coaching golf at multiple levels during his career.  While coaching collegiately at Johnson and Wales University in Miami, Florida, Palmer took his team to the NAIA Nationals during the 2009-2010 season, coached 3 NAIA All-Americans, coached 19 players to Top 10 finishes at NAIA and NCAA tournaments, and was named 2009-2012 Sun Conference Coach of the Year.  Prior to his time as a college coach, Palmer coached at Southwest High School in Minneapolis, Minnesota, and at Macalester College in St. Paul, Minnesota.   In addition to his time coaching, Palmer served as the Executive Director for a non-profit organization that provided golf lessons to underprivileged youth. He supervised a staff of 12 PGA professionals, along with five other staff members, who provided lessons to over 600 youth.   Head Coach James Palmer states, “I was truly shocked when I came to Combine Academy and saw what they were building. At Combine, we have a chance to build something amazing that will benefit students and golfers from all around the world.  This will rapidly become one of the best programs in the country.”   In the fall of 2019, Combine Academy announced the addition of golf to an all-inclusive boarding school environment with elite golf training, prestigious academics, and college/professional exposure. With the addition of Palmer as it’s Executive Director and Head Coach, Combine Academy, which was founded by NBA veteran Trevor Booker and Clemson University Alum Jonah Baize, is building a one of a kind golf division, that will attract some of the top prep student-athlete talent from around the world.