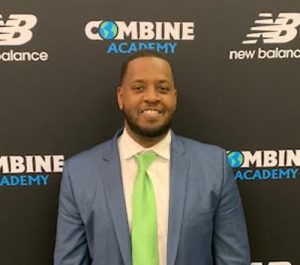 Coach Michael Wright begins his tenure as the Combine Academy National Head Coach, with a 300-104 career coaching record, with over 14 years of coaching experience at the high school & prep level. In his time as a coach, Coach Mike has had the opportunity to coach over 50 Division 1 & 2 players, including several nationally-ranked players & current/future professionals. Coach Wright has also led his teams to major accomplishments such as winning the 2022 Beach Ball Classic & 2022 Big Shots National Championship. Coach Wright prides himself on his teams operating with Energy, Effort & Toughness on the basketball court, and a highly dedicated work ethic in all facets of life in order to maximize the growth of his players as they prepare to move on to the next phases of their lives! Contact Michael Wright at: [email protected] or at 704-909-0540.