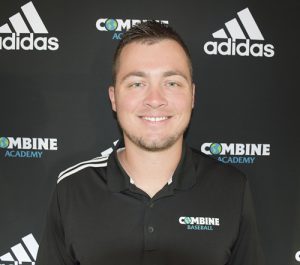 Blake has named the Executive Director and Head Baseball Coach of Combine Academy in May of 2019. Prior to taking over at Combine, he was the Owner and Founder of High Intent Training (H.I.T) in Nashville, Tennessee. H.I.T came from the ground up in 9 months to be one of the most popular indoor training facilities in Tennessee, with over 200 clients in and out the doors. Prior to opening his own business at 24, Rowlett played for 3 different professional teams in 2 leagues. He had stints in both the American Association and the Frontier League. Leading up to his professional career, Rowlett was a collegiate standout. Playing both at the Junior College and Division 1 levels. Attending and graduating from Jackson State Community College, Rowlett hit 19 home-runs with 81 walks in just two seasons, while carrying a .361 average in total. From Jackson State, Rowlett transferred to East Tennessee State University (ETSU) and immediately was an All-Conference player. Rowlett homered 20 more times at ETSU and accumulated 75 more walks. Holding a career .316 college average, Rowlett was a standout at every level that he played. Rowlett graduated from ETSU in 2017, with a B.A in interdisciplinary Studies. He now resides in Lincolton, NC. Contact Blake Rowlett at: [email protected] or at 704-909-0540.