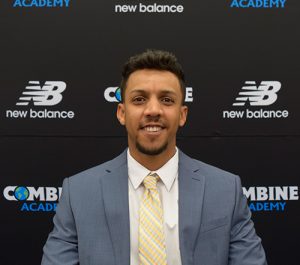 Carlos graduated in 2014 from the Puerto Rico Baseball Academy and High School, where he was the Most Improved Player in his class. After high school, he moved on to play at Kaskaskia College, where he earned All-Conference honors. He then built off of his success there and finished his college career at Miami (OH) University, where he was the starting shortstop for the two years he spent there. As a senior in 2018, Carlos recorded a conference-leading fielding percentage of .979. In addition to being named MAC Defensive Player of the Year, he was named to the MAC All-Defensive Team. Carlos graduated from Miami University in December of 2018 with a Bachelor's Degree in Sports Leadership and Management. He then spent the 2019 season with the RedHawks as a Volunteer Assistant Coach, where he worked mainly with the infielders. Carlos then moved on from Miami and landed an assistant coaching position with Frontier Community College in Fairfield, IL for the 2020 season. Carlos now serves as the infield coordinator at Combine Academy. Contact Carlos Texidor at: [email protected] or at 704-909-0540.