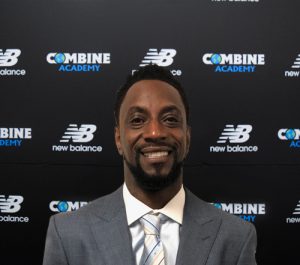 Jeff McInnis, a well-known figure in the North Carolina basketball community, played for the University of North Carolina Tar Heels from 1993-1996. After his college tenor, McInnis was selected 37th overall in the 1996 NBA Draft by the Denver Nuggets. McInnis finished his 12 year NBA career in 2008 with a veteran role for the Charlotte Hornets, formerly known as the Charlotte Bobcats. Upon his retirement, McInnis founded one of the most recognizable and successful AAU basketball organizations in the United States by the name of Team Charlotte in 2009. Throughout it’s nearly decade of existence, Team Charlotte, under McInnis direction, has sent dozens of players to the NCAA Division 1 level as well as competed for a National Championship. In 2015, McInnis was named Under Armour 17U National Coach of the Year. Combine Academy, a trailblazer in student-athlete performance and educational development, has sent over 350+ basketball, baseball, and soccer playing students to the collegiate level of athletics since its origination in 2012. Co-Founded by former Clemson University all-time great and 8-year NBA veteran, Trevor Booker, and his college teammate and entrepreneur, Jonah Baize, Combine Academy has grown to become a household name in Sports Education. In 2017, Combine Academy relocated its headquarters to a 43 acre campus with over 200,000 square feet of academic and athletic development space in Lincolnton, NC with one mission: to expand its footprint, reach, and facilities/amenities it could provide to aspiring collegiate student-athletes. A statement from Combine Academy President, Jonah Baize, is as follows: “Jeff has been an invaluable leader and mentor to some of the Nation’s most talented student-athletes. We look forward to him bringing his experience, network, and most importantly passion, to our rapidly growing organization. Go Goats!” A statement from Jeff McInnis, is as follows: “I am extremely excited for this new opportunity with Combine Academy. I cannot wait to get started.” With the hiring of Jeff McInnis, Combine Academy positions itself at the top among the industries leaders’ in sports education, development, cultivation, national competition, and college placement of aspiring student-athletes. Contact Jeff McInnis at: [email protected] or at 704-909-0540.